This post may be sponsored or contain affiliate links, which means we may receive a small commission, at no cost to you, if you make a purchase through a link. Read the full disclosure.

Today I am so honored to feature Mai Molinar, who had trouble breastfeeding her baby due to reflux and need to switch between exclusive pumping and direct latch. How did she handle those? My name is Mai, I am an Engineer and work from 6 am to 2:30 pm. My baby, Braulio,  is 5 months old and drinks exclusively breast milk.

He was born via C-section and I was a bit worried about having enough milk, so I fed him formula a couple of times during his first week.

By the third day I started to have trouble getting him to latch at night. My milk came in on day 4 , and ever since he would not latch at all during the night. So I had to offer him a bottle with my pumped milk.

Switching to Exclusive Pumping due to Latch Issue

After his first week I decided to exclusively pump, that seem easier for me at the time, and I was worried that he would not get enough milk since he had trouble latching half of the day.

Every time he'd eat I would pump. Now that I think about it, it was SO much work, but I was happy that he was fed and content. Also I am pretty sure that it helped to maintain a good production.

I have a Spectra S1 pump, and by that time, I’d get about 4 oz per session, and he'd drink half of that. So I started to save a bit for later. After a few days exclusively pumping he started having hiccups very often, and vomiting a few times a day. I took him to the doctor and he said he might have reflux, but did not give him any medication.

At 3.5 weeks I took him to another pediatrician back at our home town, and he prescribed him Nexium for the reflux and told me to stop pumping and try to breastfeed him again, I tried again after a week and a half of exclusively pumping and it worked! Switching to Direct Latching and How I Feel About It

To be honest, it was the best advice ever to try again, I really love breastfeeding my baby, and I cherish every moment I have with him in my arms, looking at me with the purest form of love while he is breastfeeding.

Pumping was OK in the sense that my baby was well feed, but the LOVE factor wasn’t there, I did it because it was the best for him, and I’d continue doing it if I had no other option, but I’d much prefer to have this beautiful contact which is also very calming for him.

When he was 6 weeks old he started to vomit more and more often, he used to cry a lot during the evening. But he was OK during the morning.

I was very worried and his doctor kept adding more reflux drugs, so we looked for a second opinion and his new pediatrician tested him for pyloric stenosis, the radiologist identified it right away as it was very severe.

We rushed to the hospital and he went into surgery the very next morning. After that event, I stopped saving for my milk bank altogether, and I started feeding Braulio on demand.

Before, I was trying to space his feedings because our previous doctor was worried that he was vomiting because he ate too much, I guess he was not very updated on breastfeeding recommendations.

It turns out the reflux was caused by his condition and a few weeks after the surgery we stopped the medication and he has been great ever since.

After his surgery I was another 6 weeks away from returning to work, and had about a months’ worth of saved milk but I still was worried about having a decrease in production when I had to go back to work, so I read tons and tons of articles and tips just to be prepared.

Going Back to Work

Now I have been back to work for exactly 2 months.

I pump twice during my work hours on the following schedule:

5 am baby breastfed (usually on one breast only) I pump between 12 and 15 oz depending on how well rested I am, and I keep 10 oz on the fridge for the next day, and freeze the rest. My baby rarely ever drinks more than 10 oz, but if he is hungry, my mother in law takes a couple of oz from the freezer for him.

Then I breastfeed my baby on demand all the time that I am with him. This includes night feedings (I love it!!) I know it is uncommon, but I mean it.

In rare occasions when Braulio does not wake up between 2 and 3 am, I have to get up and pump, which is not as cute as having my baby boy turns to me with his beautiful eyes and starts looking for my breast.

On Mondays I use the oldest frozen milk that I have, which is approximately 2 months old.

Sometimes I drink a tea or a milk flow packet, mainly because I like the flavor, I bought them to be prepared and since I haven’t need them I just enjoy them for the taste. I do not see a difference thought, except that my let down feels stronger.

My production varies each day for various reasons , for example, I got 12 oz total yesterday, and today I already have pumped 12.5 in just the first session.

So I feel confident about having a milk stash, yet I continue pumping at work to maintain my production.

Thank you Mai, for sharing your story with us. A lot of times, breastfeeding can be very rough in the beginning, but when you keep going, it becomes smoother and smoother and eventually you will be able to feel the joy of breastfeeding and pumping for your baby =).

What are you looking for? 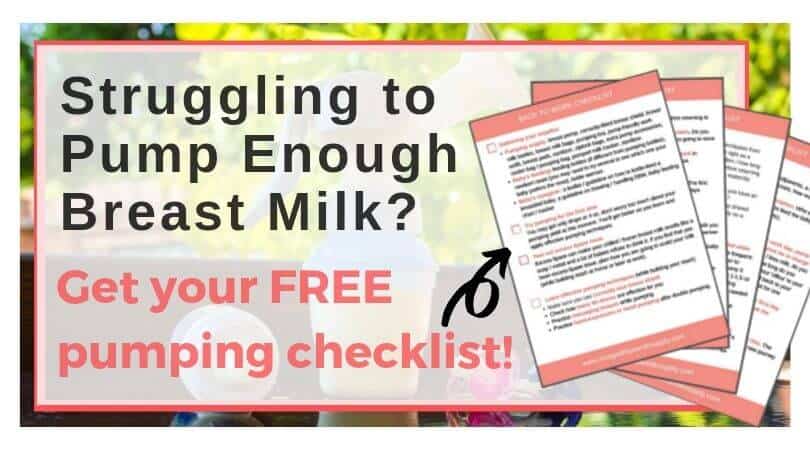 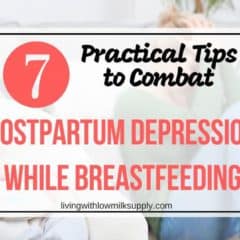 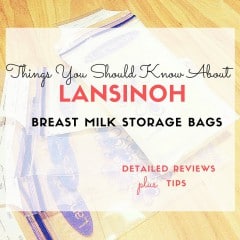 This is a detailed review of Lansinoh breast milk bags. If you are about to stockpiling your breast milk stash, I believe you must have heard about breast milk storage bags. While there are various brands available in the market, a lot of mothers prefer Lansinoh bag compared to other brands. What makes Lansinoh stands […] 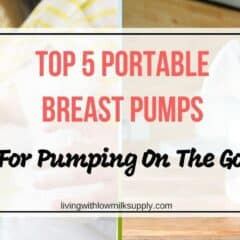 A lot of moms are looking for a small and compact breast pump that they can use on the go. Are you one of them? Portable breast pump is great to  have for moms who frequently on the move. Whether you are a busy stay at home mom or busy working mom, a compact breast […] 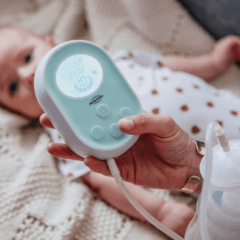